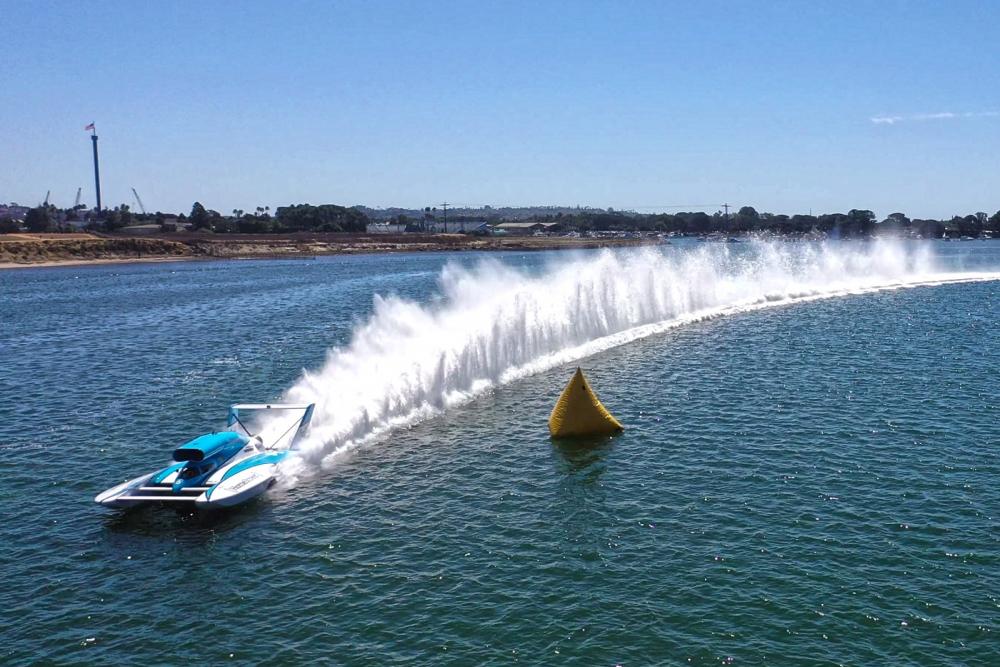 Shane has won the championship six of the past seven years--five with his current team, Miss Madison Racing, owned by the citizens of Madison, Indiana

After Saturday’s racing, Shane said, “It feels great to win my sixth championship. We are going to stay clean during tomorrow’s two sets of heats and go into the final and lay it all on the line.

“We are going to race smart leading up to the final of the HomeStreet Bank Cup and throw everything we’ve got at it,” Shane said.

Shane said he has to stay away from the saltwater spray from the other race boats, to keep the engine from digesting the salt that could lead to damage--“stay out of trouble.”

Shane’s biggest challenge of the day came from his teammate Jeff Bernard, driver of the U-1918 Oberto Super Salami, who nearly caught him at the finish of the four-lap heat. Bernard finished a boat length behind Shane. Third place went to Jamie Nilsen, driving the U-11 J&D’s presented by Reliable Diamond Tool. Fourth place went to Canadian driver Bert Henderson in the Spirit of Detroit.

In the second preliminary heat of the day, J. Michael Kelly in the U-12 Graham Trucking made a parade out of it, easily beating Bernard in the Oberto Super Salami and U-11 J&D’s presented by Reliable Diamond Tool

“We need to keep getting this boat going faster and faster,” Kelly said.

Kelly said they would try different things on Sunday, because he was unable to get good timing marks Saturday after his boat suffered steering issues during qualifying.

“The guys worked hard to find the issue, which is nice. You want your steering to work when you are going 200 mph on the water,” Kelly said.

Kelly said he didn’t know exactly what went wrong with his steering, other than that it wasn’t right.

“I’m just the driver; I just turn the wheel, but I knew something wasn’t right,” he said. “I explained it to my crew and they thankfully figured it out.”